The Art of Baby-Wearing

I'm a fan of taking our little guy with us pretty much everywhere, but there are places the stroller can't go. The biggest example of this for our Florida life would be the beach.

When he was a wee one months old I first attempted to wear Barker around just so I could hold him and get stuff done around the house without my arms feeling like they would fall off.

I have two slings: 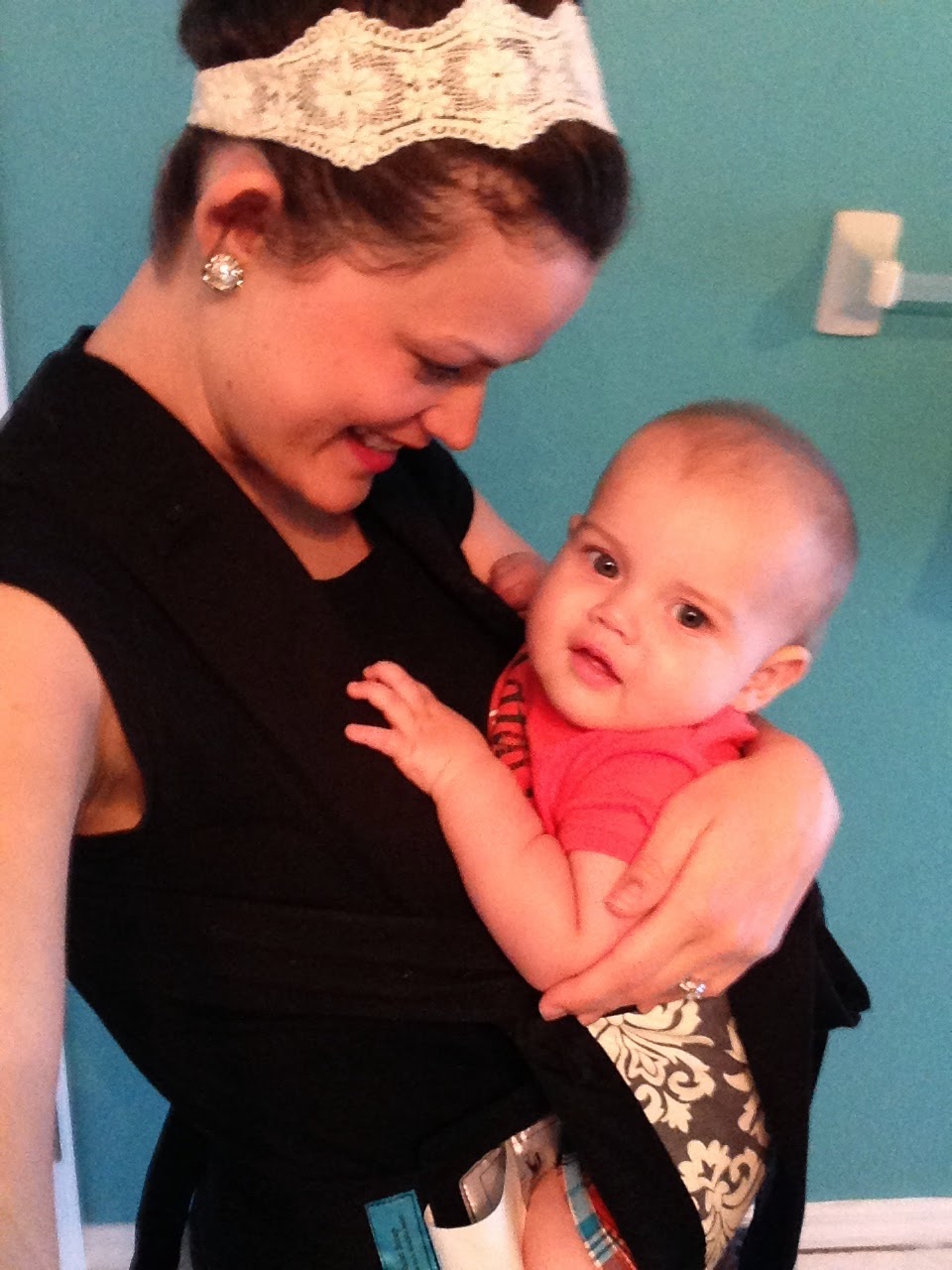 
This one is great at distributing the weight of the baby, but once he is in, you kind of hate to take him out because it takes some work to get him there, plus it's not convienent to carry around or stuff in a bag on its own.

I will say it is easier to get him into this once he can support himself more though. If Barker didn't mind being in it for an extended period of time, I'd gladly use it more. 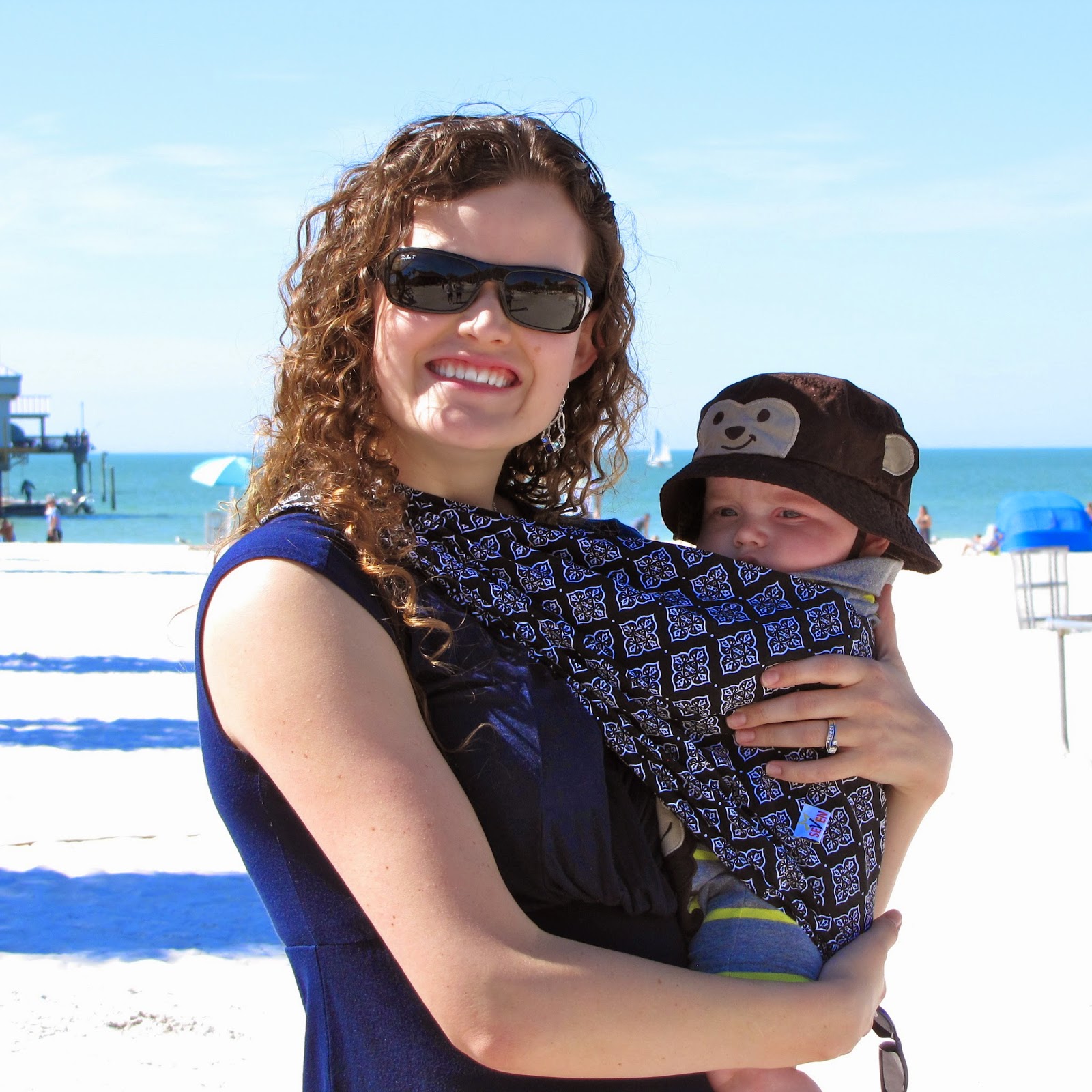 I wasn't a fan of this sling until he was old enough to have his legs out and prop up on my hip more. You are supposed to be able to put your baby in it when he is tiny, but I didn't like how squished he was.
I sometimes wonder if this is tight on his legs, however, it is the most convenient for carrying around and he doesn't typically complain about it.
I've used this one the most at the beach, it is just the easiest, although I do wish I had ordered a larger size than the one recommended. (That especially would have been helpful when losing the baby weight.)

Next time around though, I think I may pay a little more for one that is easier to simply clip on and off. But we'll see, I don't actually wear him that much because he wants to be able to get down and interact with everything around him.

Meanwhile, check out how much my little guy has grown over the last 8 months! 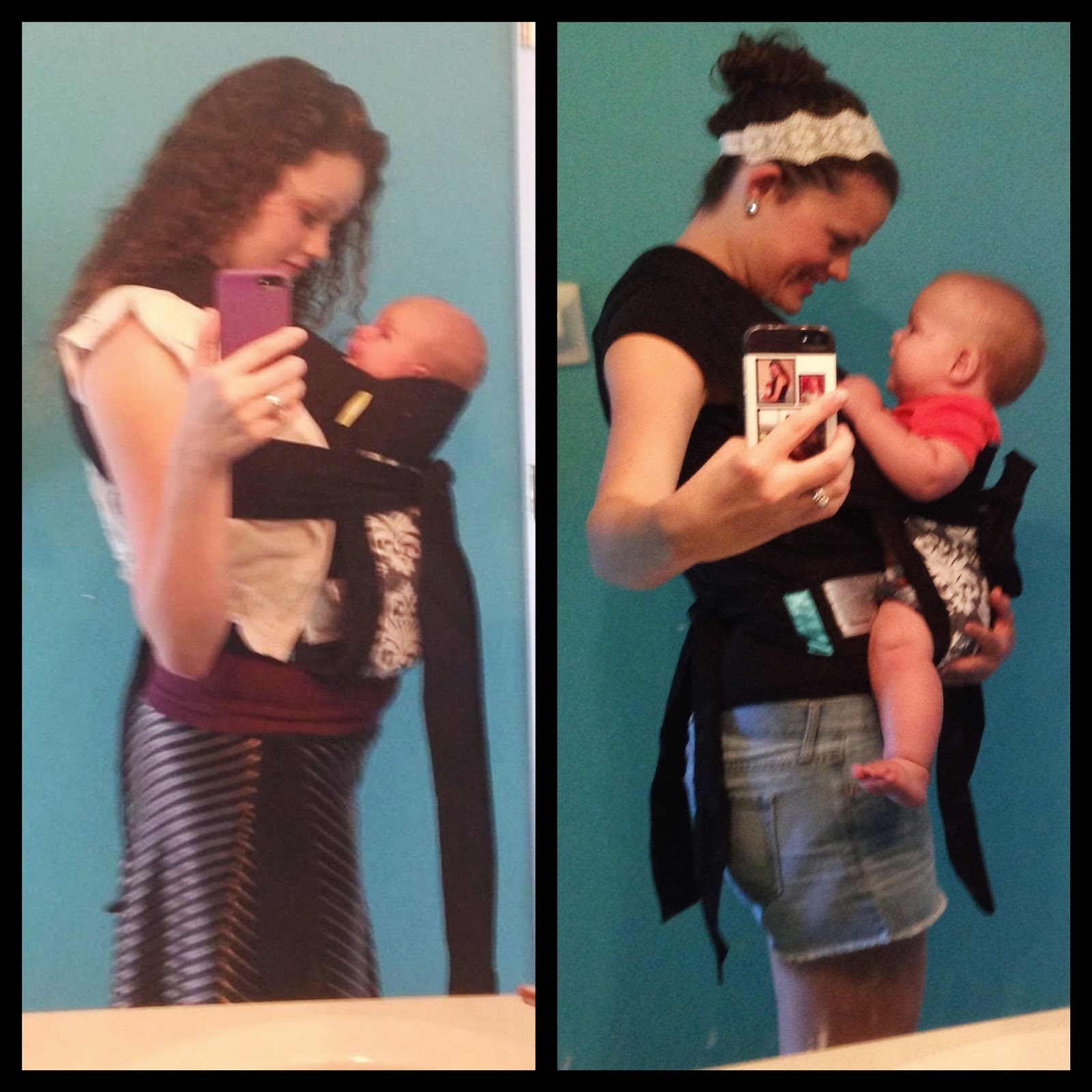 Written by Shara Lynn Harrison at 9:47 AM