Outings with the Boys

So far we have had picnics in the back of the van: 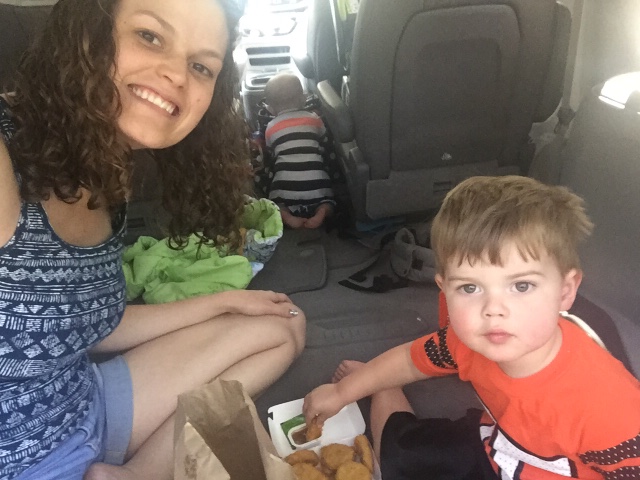 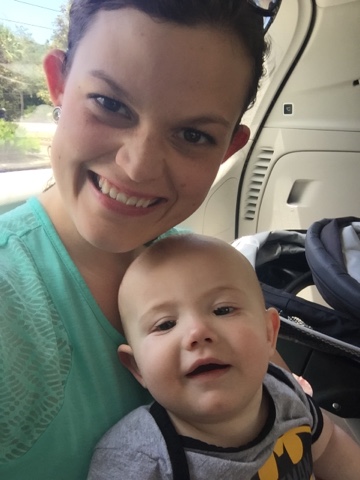 Played at a park: 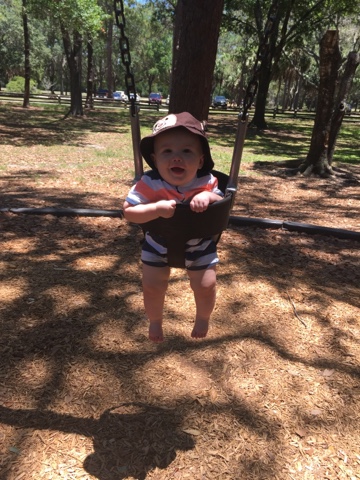 Checked out the mall and their play area: 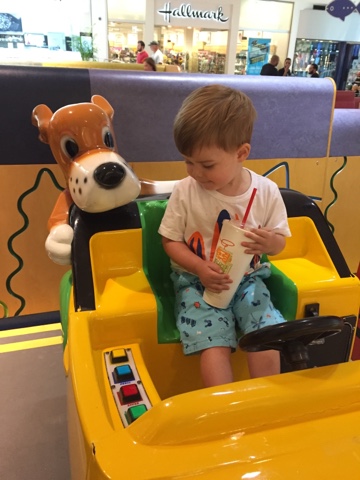 (We shared a smoothie too) 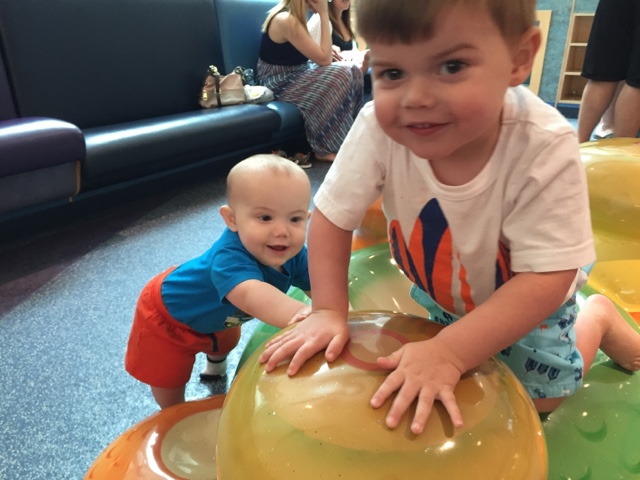 And checked out the library: 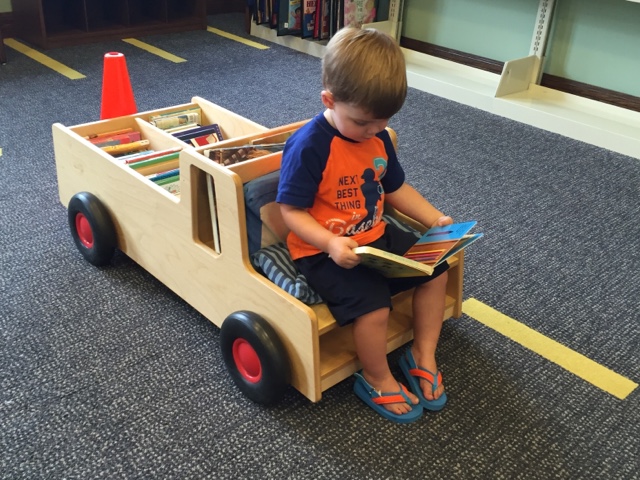 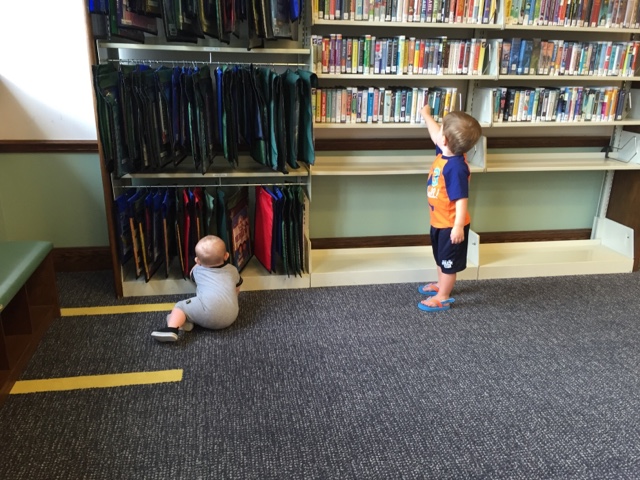 How cute are my little readers? :)

Brett gets back this afternoon, I wonder what adventures he'll get to join in on...

Oh and an offer on the house would be nice too. ;)

Written by Shara Lynn Harrison at 10:43 AM No comments:

Life is a Blur

I can't believe May is a week from ending already! These past two months have flown by and I'm just trying to keep up! So here is an update: 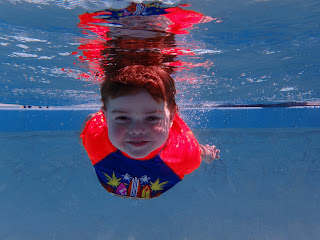 We are on week 7 of 3 days a week swimming lessons. (Technically week 3 of our second session) Barker is doing so well and I'm super proud of how much he has learned! We started with one 4 week session but it seemed like he was just getting going when it was ending so I signed up for another session while we were able. I gotta say though, I'm glad next week is the last week because it's been an exhausting commitment. It will be nice to have our flexibility back. (Although the structure was nice too...)
Here is a video of our talented swimmer! 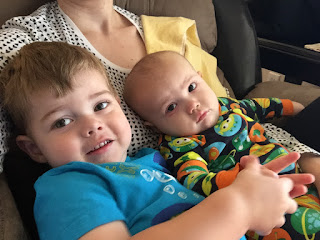 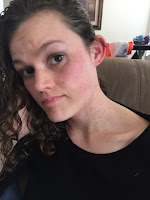 Beckett got sniffly so his eating and sleeping patterns were off. This cause me to get mastitis.  =( Then I took antibiotics and a new vitamin supplement to help prevent clogged milk ducts. We went out of town and when we came back Barker was coughing and sniffly. Of course Beckett caught the bug so both boys had runny noses and coughs for a couple weeks. Meanwhile, my infection healed and I was done with the antibiotics. Then BAM the next day I got a horrible rash. Went to a jerk emergency clinic doctor that didn't even look at the rash and just assumed that the antibiotics I had been taking for 10 days just finally kicked in to cause the rash yaddi yaddi yadda three days later and the rash was worse than ever, it was hot and had me feeling awful.
An entire week was spent dealing with the rash, sick boys and swim lessons while Brett was out of town. Turns out I was allergic to something in the supplement. (I figured that out on my own) Finally this week everyone is feeling better! My skin is still healing though. =/

Brett has not been home for a complete week since... early April maybe? 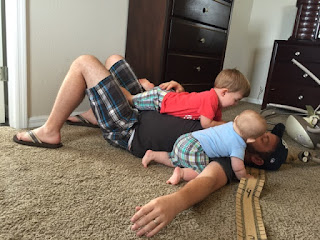 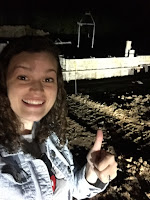 They FINALLY broke ground on our house the last week of April! (The original plan was to break ground at the beginning of February, oy.) We get to close on the new house at the end of August.
In the meantime we've been prepping the house to sell and going through our stuff. The house was listed yesterday morning and we had our first showing at 12:30pm! 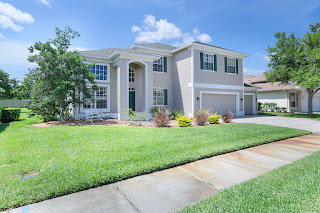 We are hopeful that it will see quickly. Once it does, we can move somewhere close to the house to see it be built. =) I'm mainly excited to be close to family and escape this summer heat. (Florida summer = barely outside May-Sept thanks to high UV Rays and extreme temps.)


Growing Boys
Barker is now 2.5 and he is looking so old and talking in complete sentences and just way too close to 3 now. We're working on potty training as well and it's soooo frustrating, but we're getting there slowly but surely... 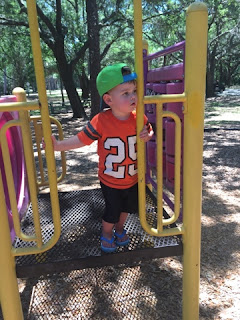 Beckett is now 8 months old, crawling everywhere and loves to explore and pull/push up on things. =) Also, everything goes into the mouth and he's trying new foods. His latest favorite is blueberries. 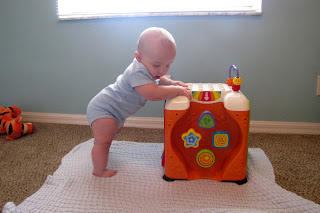 So there you go, you are caught up! I wonder what next week has in store... an offer on the house? Barker suddenly understand potty training? Beckett says Mama? We'll find out soon enough... ;)

Written by Shara Lynn Harrison at 7:34 AM No comments: