Barker turned 11 months old over the weekend. It was a pretty busy, off-schedule, weekend though and the best picture of him included pink, tired eyes, and a baby that just wanted to crawl and play. 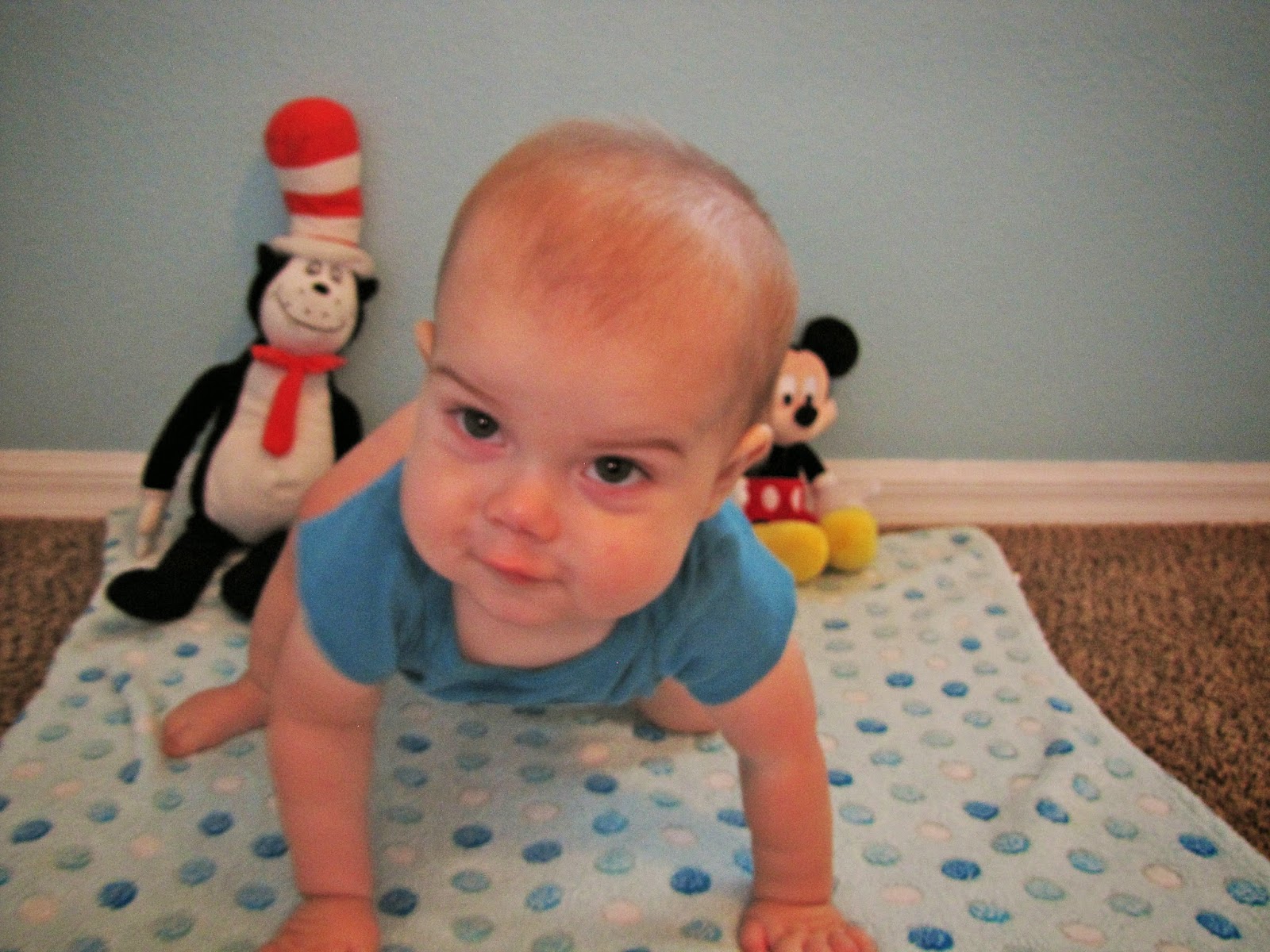 So I waited until we had our morning schedule routine again and took his pictures yesterday.

He was all smiles and pretty excited to stand while holding the windowsill.

He was also very into playing with Cat and Mickey. 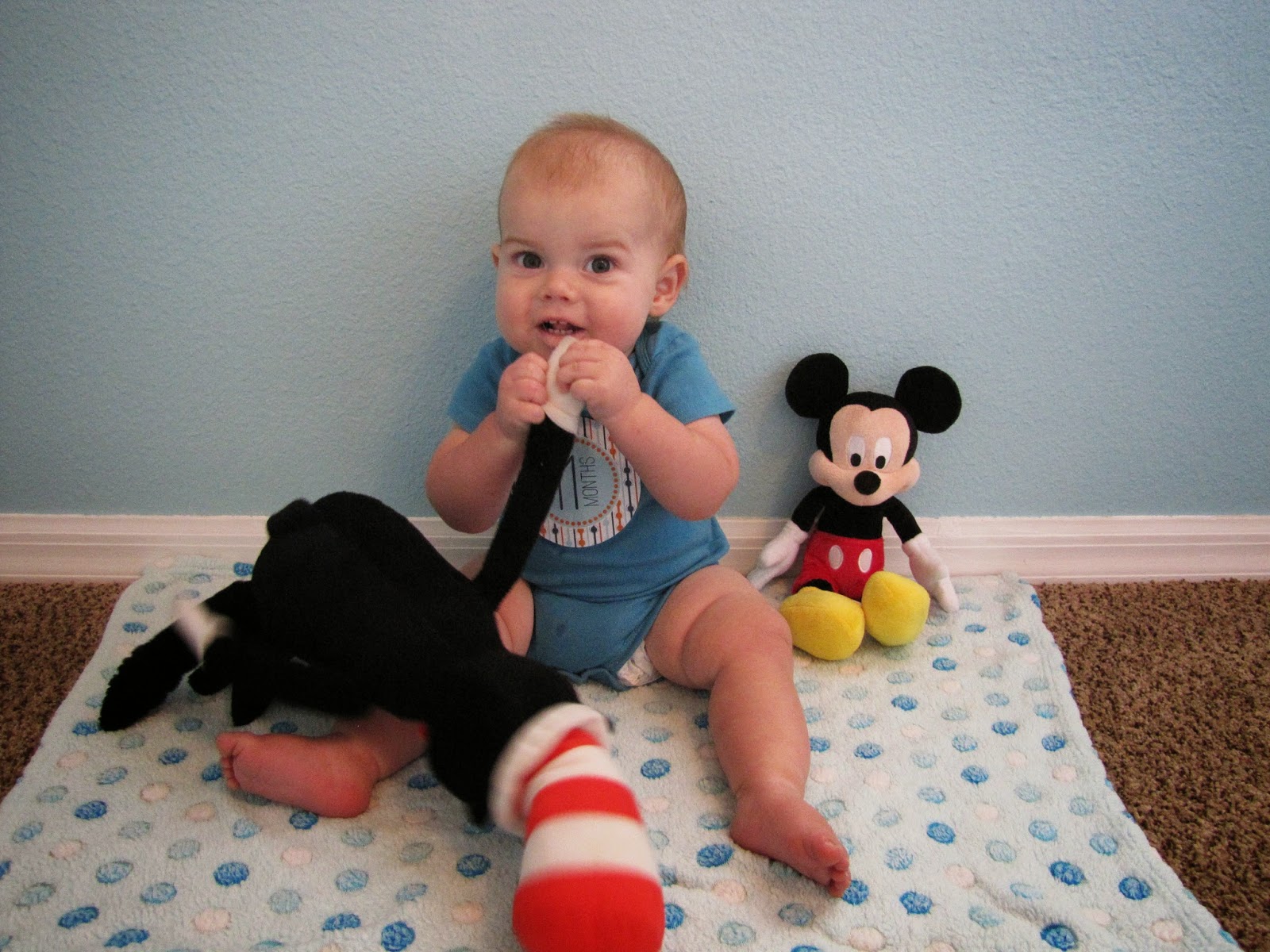 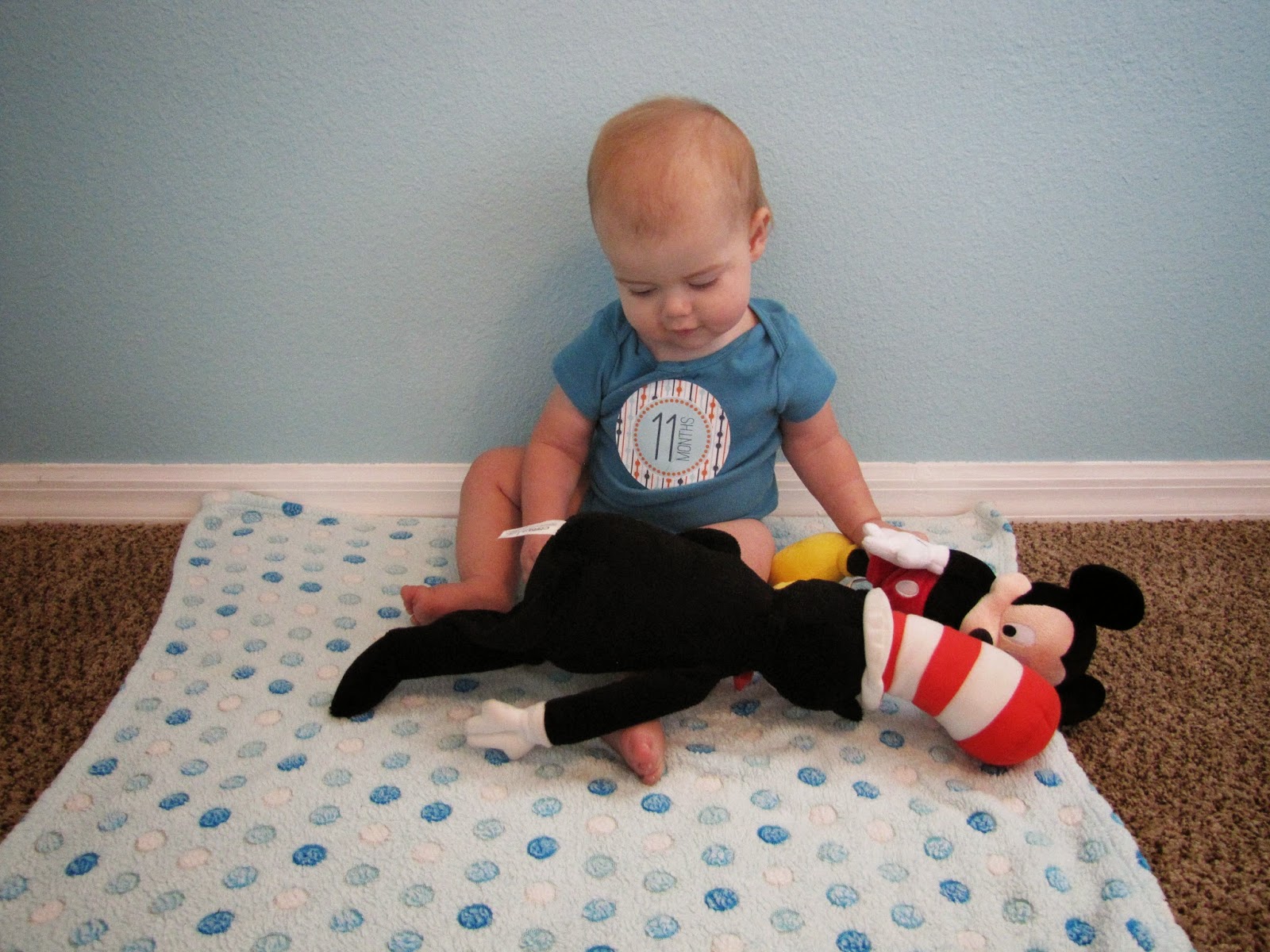 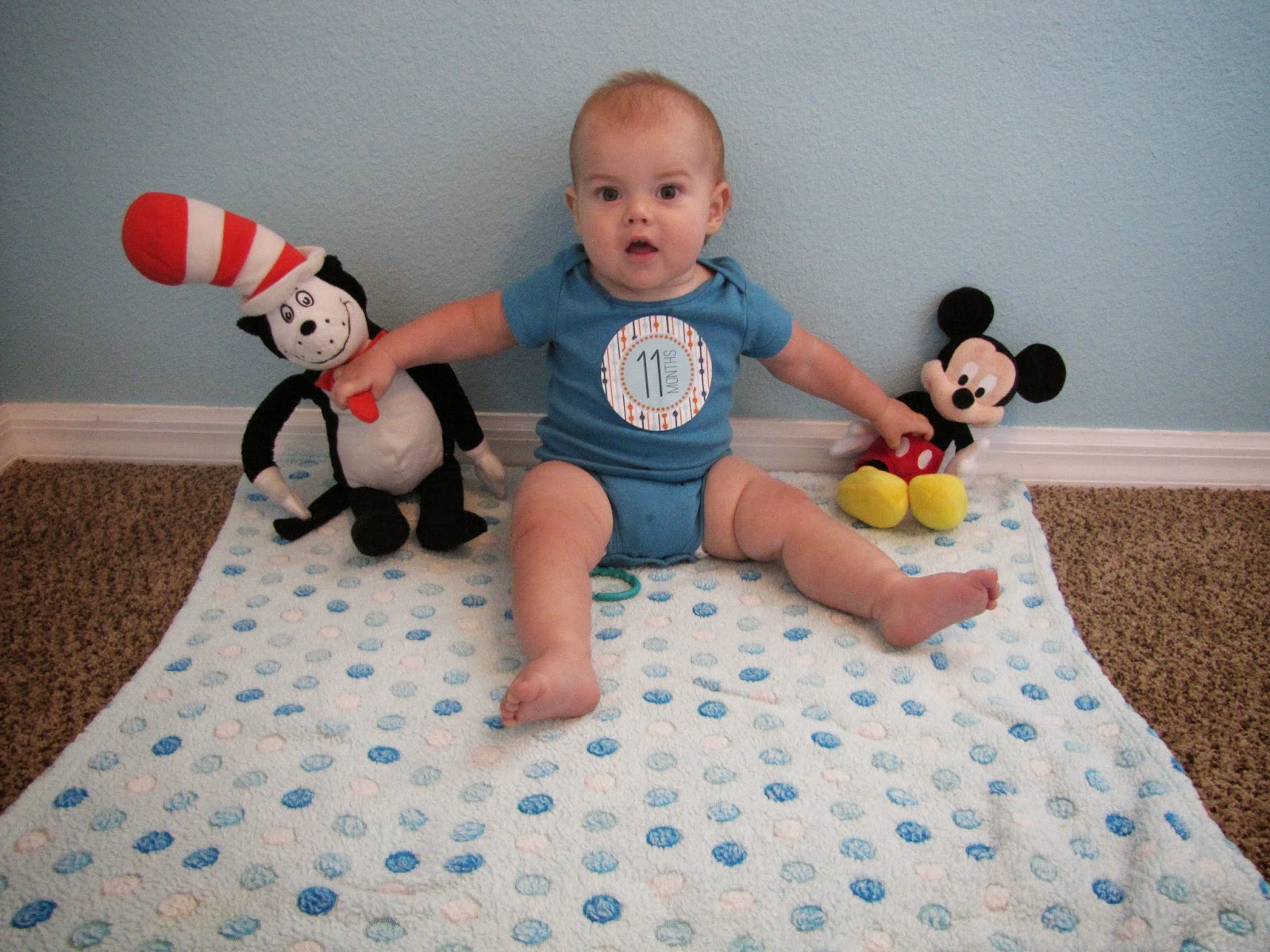 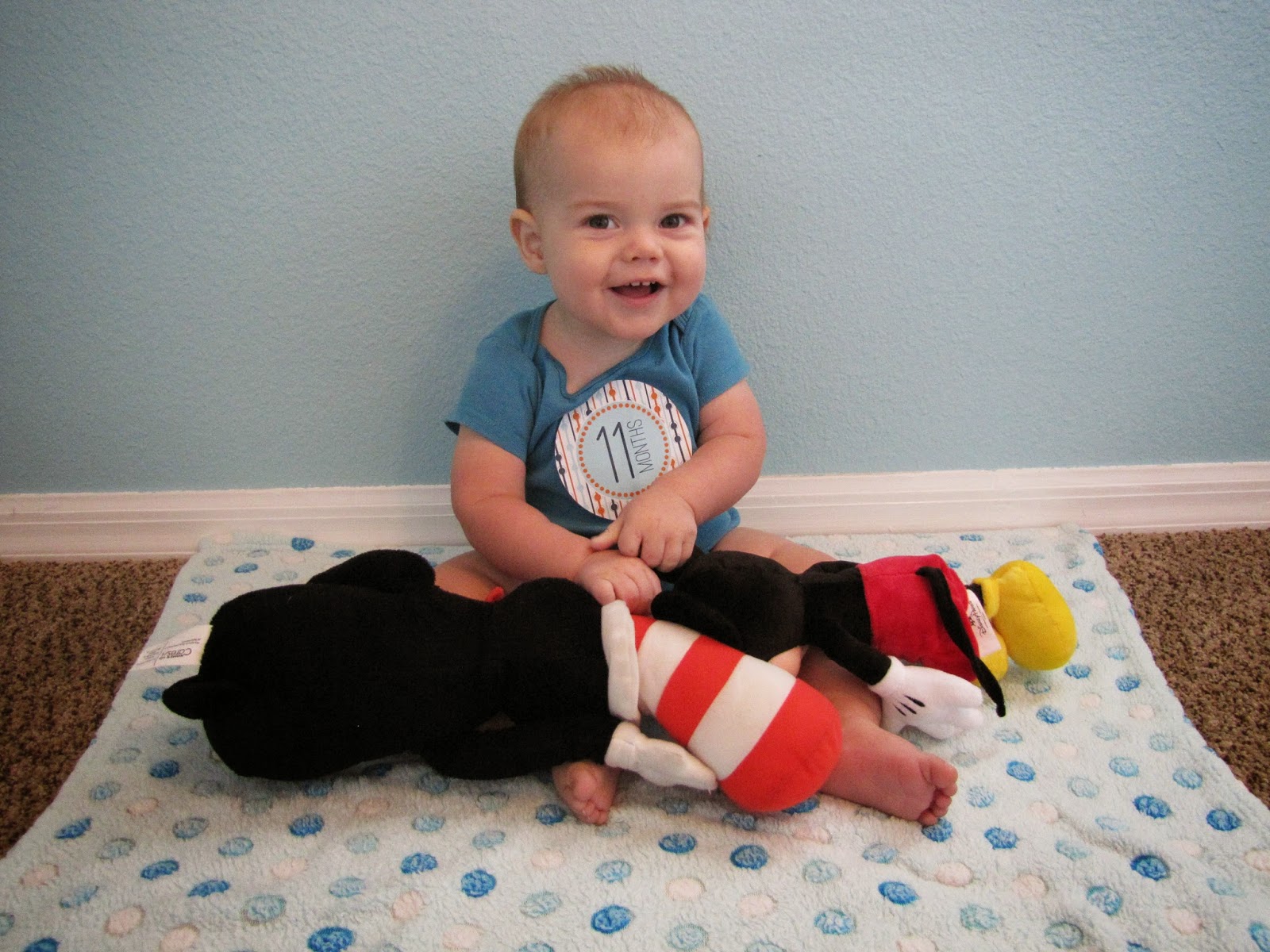 He had quite a few adventures this last month, but not major developments. He is more comfortable pulling himself up and cruising, but that is about it.

According to my WebMD Baby ap he is in the 13% for height at 28" and 22% for weight at 20lbs 3oz.  It's so funny to think of him as a little guy after he was always in the 90%s for the first 5 months. But our doctor did say he would start following whatever Brett and I were like by now. And Brett was a little guy growing up. ;)

Written by Shara Lynn Harrison at 7:20 AM