On Sunday Barker officially turned 6 months old. We've survived a newborn for half a year! Cheers! ;) 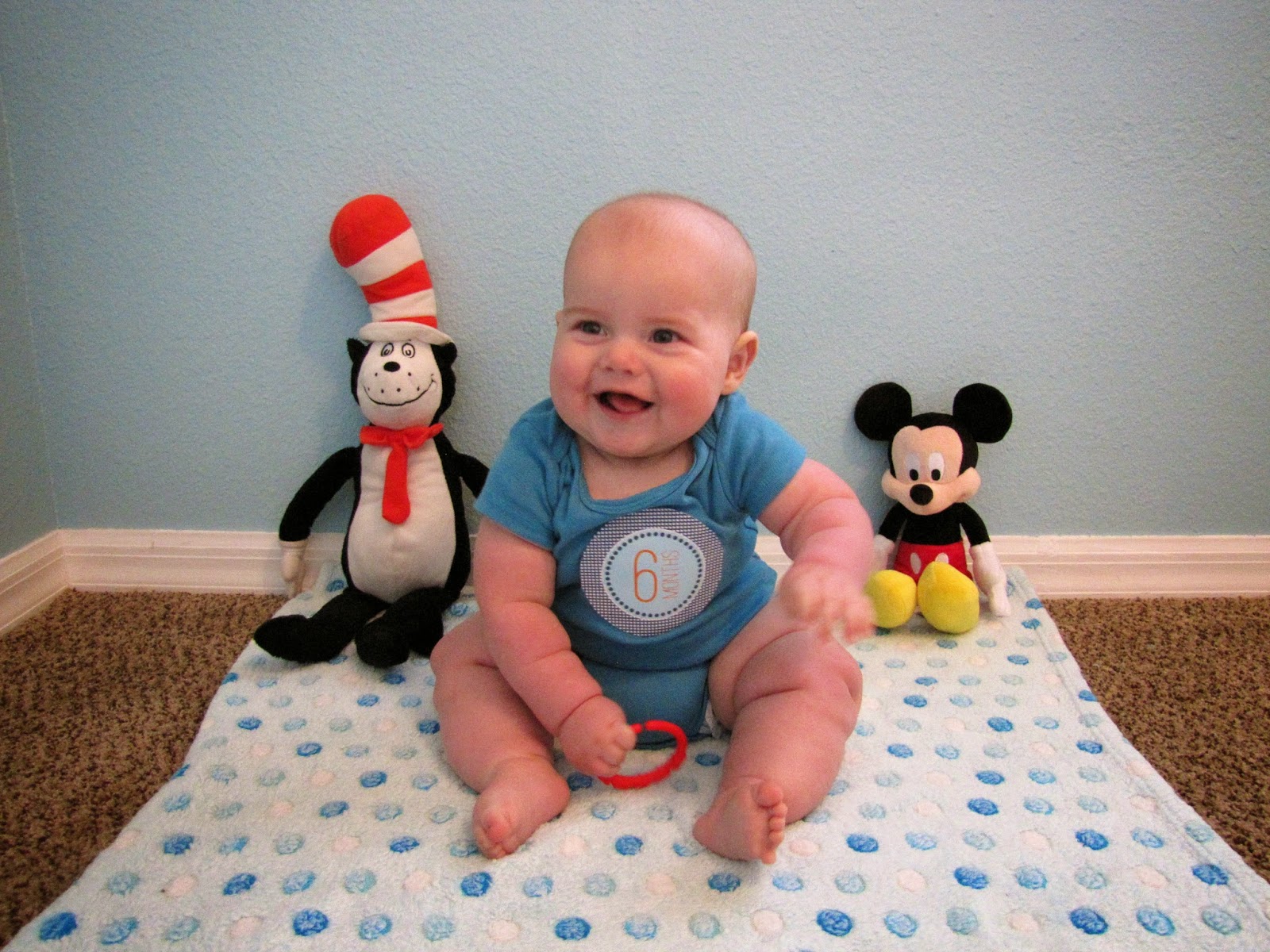 Today we went in for our 6 month doctor's appointment. Until today, Barker's height and weight stats were always in the 90's percentiles, but it seems he has finally started to slow down on the growth.

His Height is 26.75" (62%). (According to his numbers, he's only grown .25" since 4 months, but we're fairly certain the last measurement must have been off. He is definitely much longer.)

His weight is 19lbs 12oz. (86%) (When we went in during his laryngitis last week he was 20lbs 7oz fully clothed. So his weight is probably down due to sickness at the moment.)

His next appointment isn't for another 3 months now. I can't imagine how much he'll grow by then. He is slowing down, but his look is maturing. He even has two teeth already! 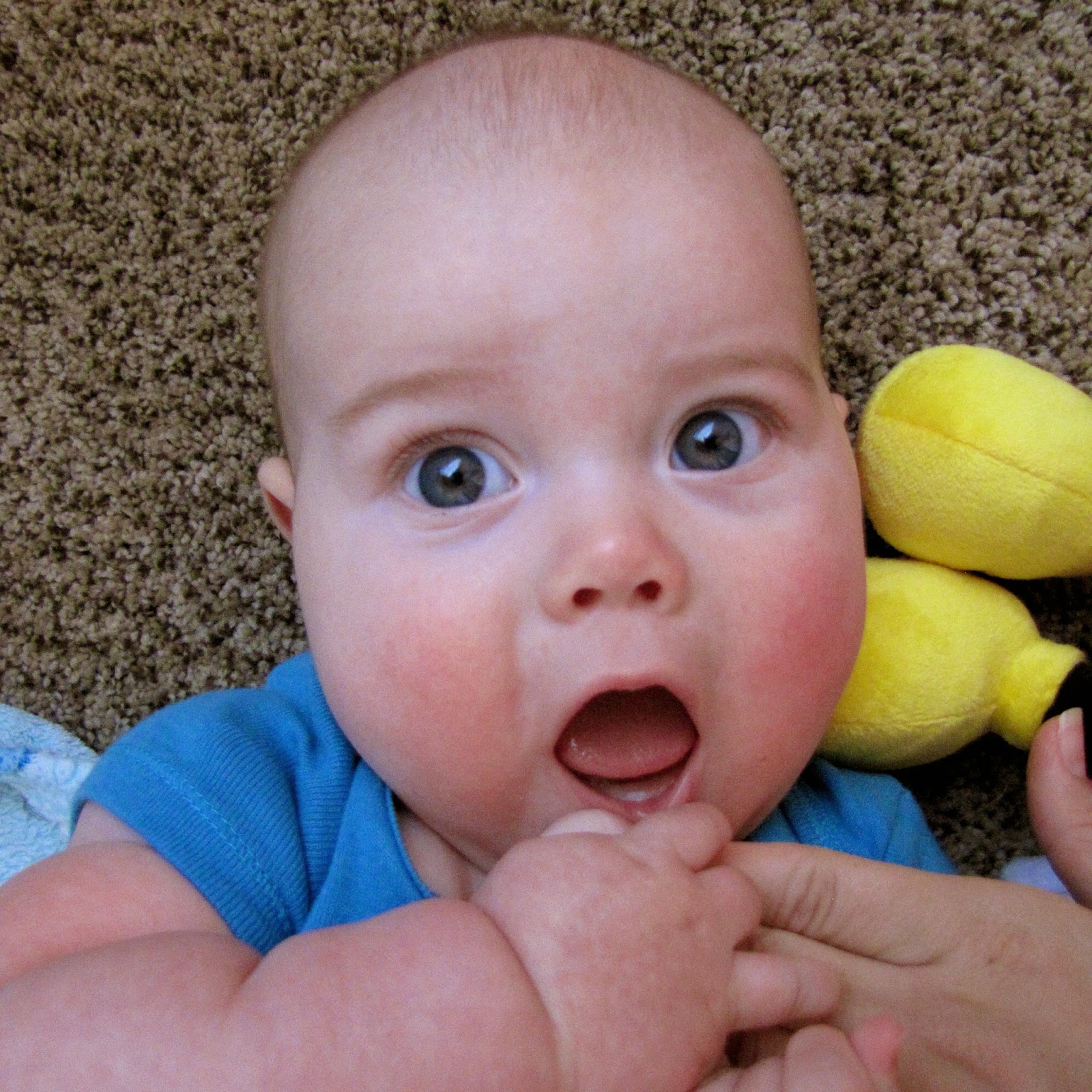 So what is Barker going to do now that he's a whole half year old? Start eating solids! Due to his sickness and Brett's schedule he wont get to start until tomorrow, but we're definitately looking forward to it! He's already been practicing using spoons. ;) 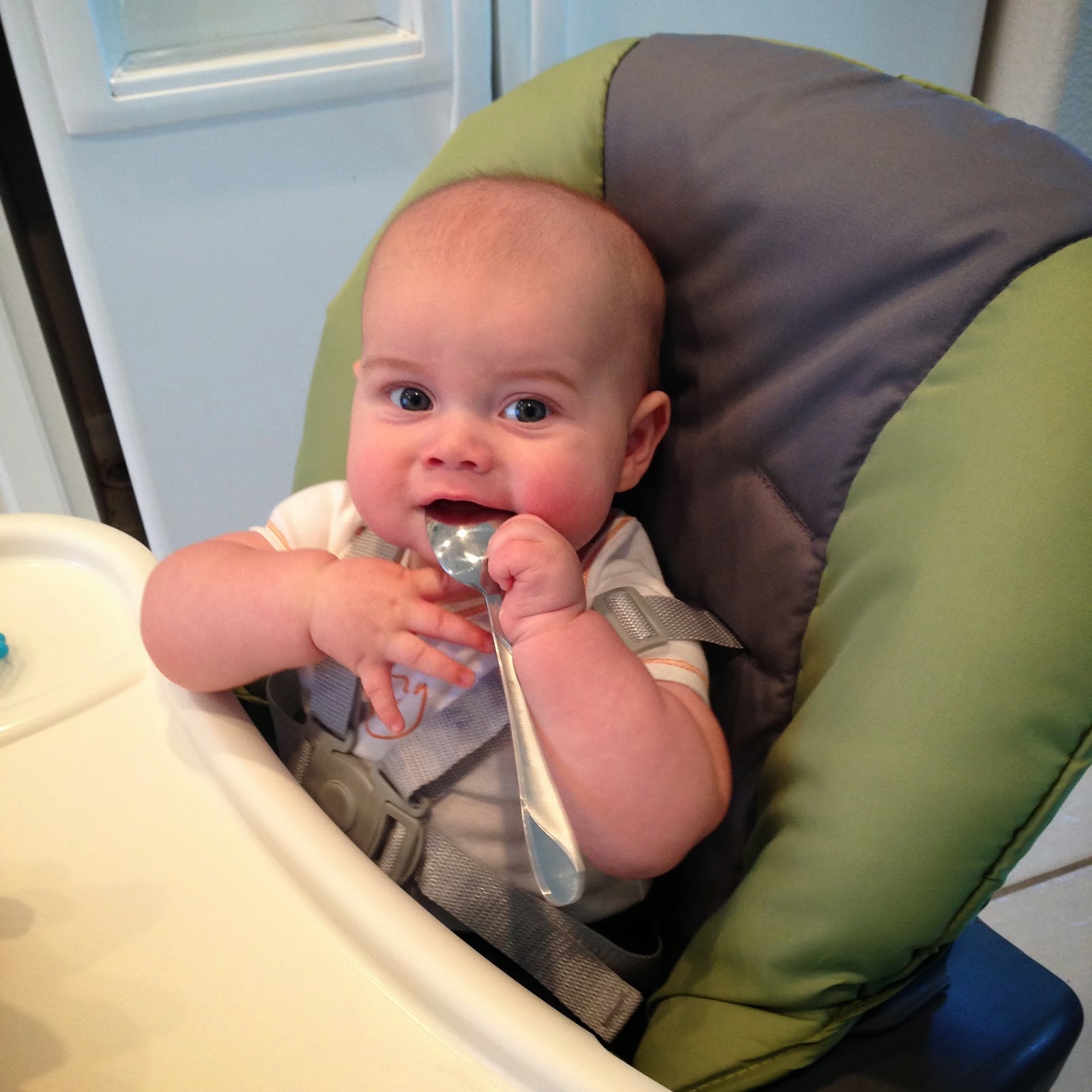 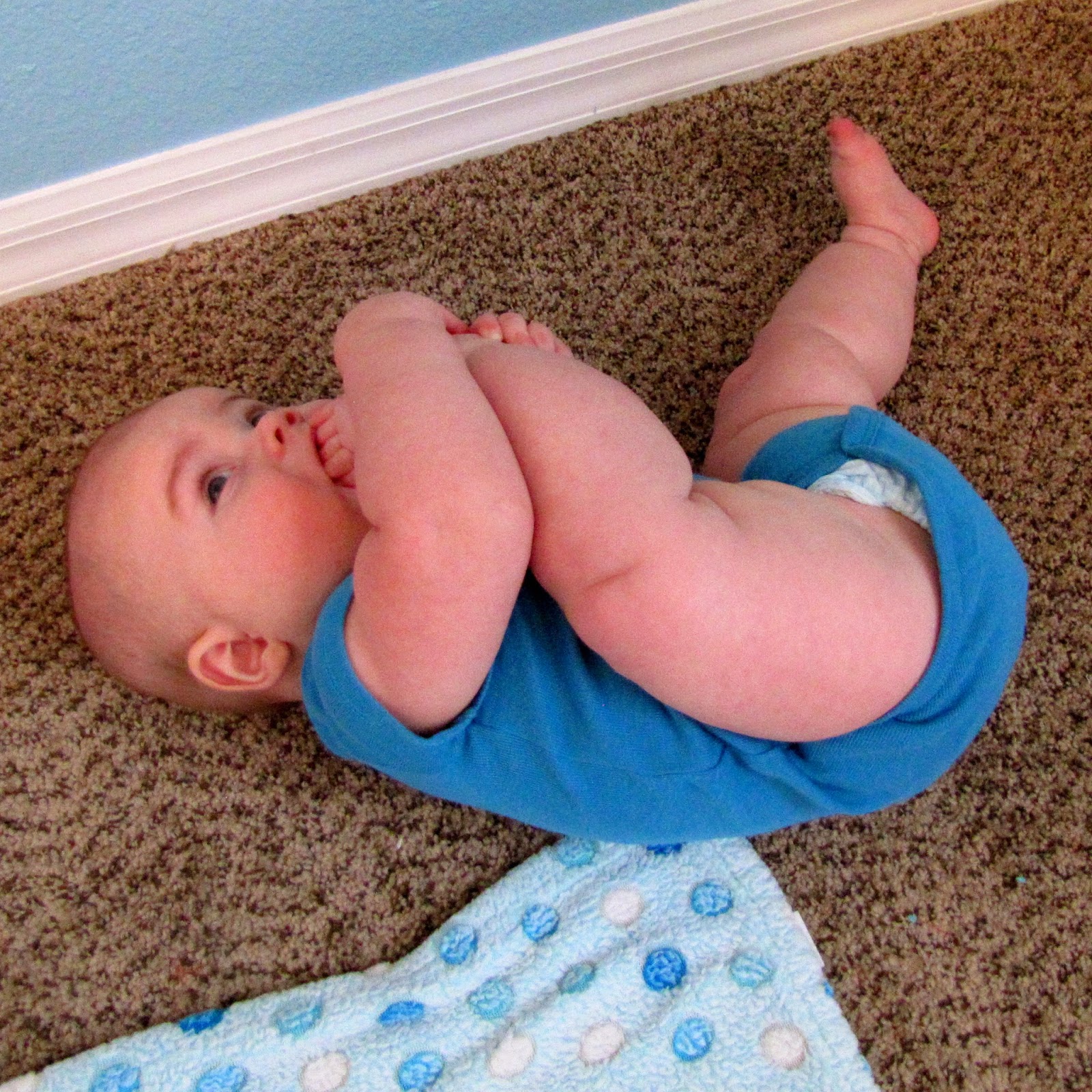 I can't wait to see what he does next!
Written by Shara Lynn Harrison at 12:45 PM