In Florida, February was easily my favorite month. It was warm (but not hot), breezy, sunny and just perfect outside weather. Also, it reminded me of early summer in the Midwest. =)

Moving to Indiana I anticipated our first winter back in ACTUAL winter would be rough. But I have to say, I'm still enjoying it! 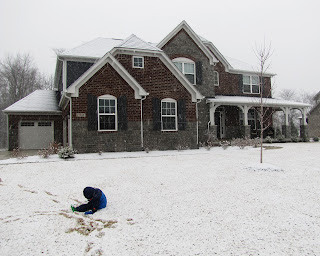 In all honesty, we haven't gotten too much snow and ice, just a couple weeks in early December. I have missed the sun a couple times, but never enough to regret our decision to move back. As January was ending I actually got a little sad that we hadn't seen more snow! But, I know that Indiana can get dumped on in February, so I was hopeful. ;)

Last week there was rumor we would get a little snow, but when it actually started falling and STICKING on Wednesday, I was excited! Knowing it wouldn't last long (just two days later they expected it to get back to the 50's again) I suited up the kids and we went out in the snow. =) 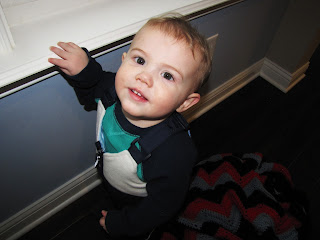 It was actually a pretty warm snow. Perfect for play and silliness. 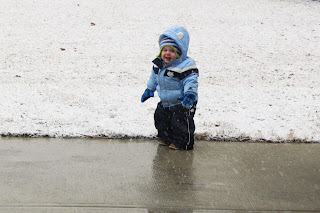 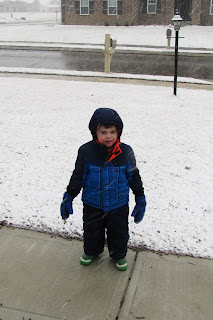 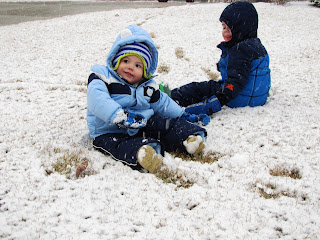 We even attempted a snowman! haha 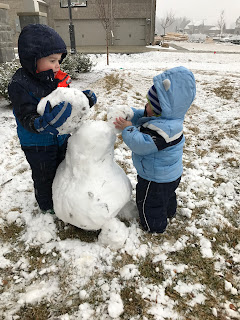 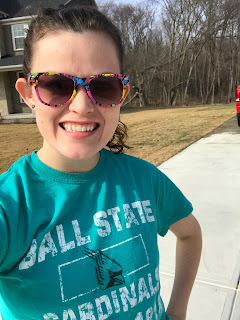 It was seriously beautiful outside and just the perfect temp to be running and enjoying the sunny day with a slight breeze. There were so many kids and bikes and lots of laughter. I felt like I was running through a suburban movie set. Seriously, it was perfect.
(And after playing outside, the boys took 2.5hr naps!!) 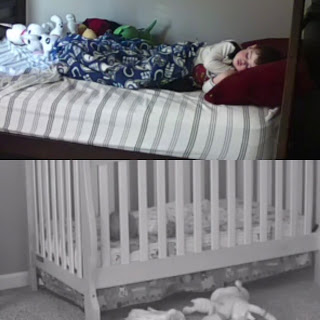 We even got in a little family walk on Sunday as it started to cool back down again.

A little fresh air before nap time today. ☀️👨‍👩‍👦‍👦#indianalife #ilovefebruary #familytime
A post shared by sharalynnh (@sharalynnh) on Feb 12, 2017 at 10:10am PST


So it may seem silly, but now I love February in Indiana too. I'm loving that the unpredictable weather can give us something as magical as snow and something that soothing a warm sunny day for play, all in the same week.
I know I've complained about the weather not being able to make up its mind in the past, but I'm actually pretty into the unpredictably of it! For February at least. Come Spring, I want more warm days for running and playing outside. ;)