Yesterday we decided to visited our local aquarium! I'd never been to ours before and I thought it could be a nice afternoon with our baby boys. But...it was not what we expected. 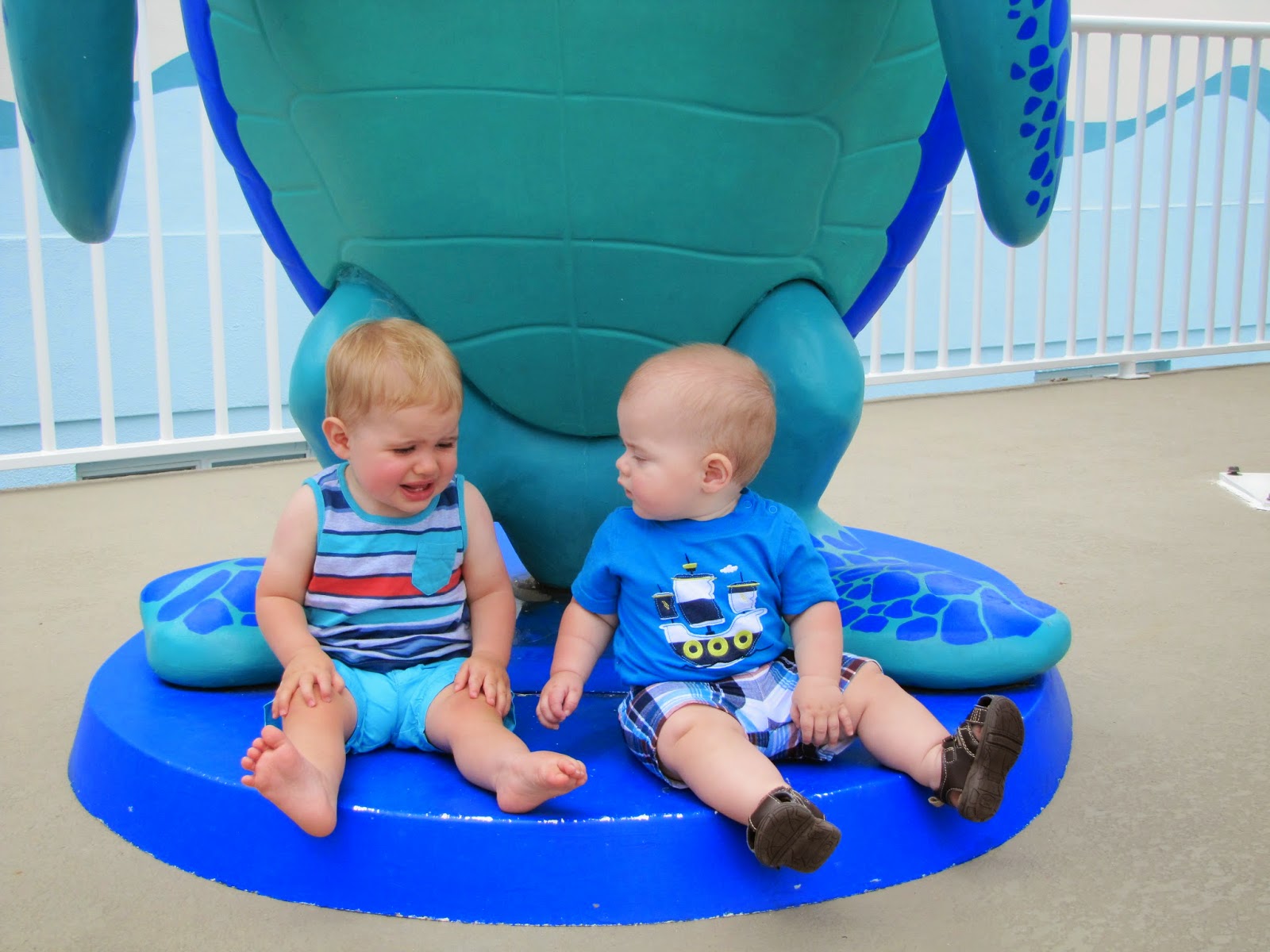 Upon arriving we could tell that it was packed. But, there seemed to be a quick turnover for parking spots so I thought we'd be fine. Then, after paying $20 a person (luckily the boys got in free because they are under 2yrs) we began to push our strollers into the very crowded aquarium.

All of my past aquarium experience made me think we'd be in a cool building with large rooms or wide hallways lined with giant fish tanks. But this could not have been more different.

Every corner of the place was packed with way too many tourist, the hallways were smaller than the hallways in a typical high school and in the few porthole like windows you struggled to see one or two animals. Then, there was one tiny, smelly elevator that took us to the upper level that was covered but outside (so it was very hot and muggy, also extremealy crowded). There were about 6 large tanks but all we saw were two pelicans, one dolphin, and two sea turtles. Then outside, there was a tank with stingrays and a tank with another couple of turtles.

And that was it!! Seriously. I'm not sure how that can be considered an aquarium.

Oh wait...there was a tiny room with a couple standard size fish tanks (like the ones you might have at home) that had some seahorses (my favorite) and a puffer-fish...we also saw a few bones.

So it was one hot, smelly, crowded, not stroller friendly "aquarium." Not really worth the $20 I gotta say.

So, it was a little disappointing, but we did go for icecream afterwards, so that was fun. ;)

Here are our highlights from the experience though:

Written by Shara Lynn Harrison at 6:05 AM